The SI system of international units of measurement is constantly adapting to the latest technology and scientific discoveries. 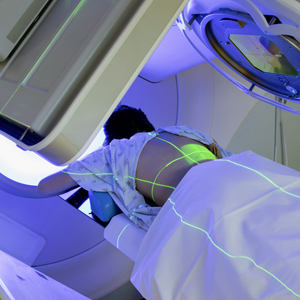 World Metrology Day celebrates the coming together of 17 nations on 20 May 1875 to sign “The Metre Convention”. It was an historic day, establishing a framework for global collaboration in the science of measurement and its use in science, business and commerce.

The original aim of the Metre Convention – the worldwide uniformity of measurement –remains as important today, in 2018, as it was in 1875. But scientific developments have made things more complicated; we now measure things that didn’t even exist back then. In fact, more than 50 new elements have been discovered since the Convention was signed, each of them detectable only through the use of sophisticated measuring equipment.

The theme for World Metrology Day 2018 is “Constant evolution of the International System of Units”. This theme was chosen because, in November 2018, the General Conference on Weights and Measures is expected to conclude its review of one of the largest changes to the International System of Units (SI) since its inception. The proposed changes are based on the results of research into new measurement methods that used quantum phenomena as the basis for fundamental standards. The SI would be based on a set of definitions, each linked to the laws of physics, and have the advantage of being able to embrace further improvements in measurement science and technology, meeting the needs of future users for many years to come.

The Convention of 1875 established the International Bureau of Weights and Measures (BIPM), one of the organizations responsible for worldwide uniformity of measurement. The BIPM is the hub of a network of national metrology institutes which continue to realize and disseminate the chain of traceability to the SI into national accredited laboratories and industry. They work together with the International Organization of Legal Metrology (OIML), which was established in 1955 with the primary aim of harmonizing the regulations and metrological controls applied by the national metrological services, or related organizations.

The International Bureau of Weights and Measures (BIPM) and the International Organization of Legal Metrology (OIML), which organize World Metrology Day, actively liaise with a number of ISO technical committees.